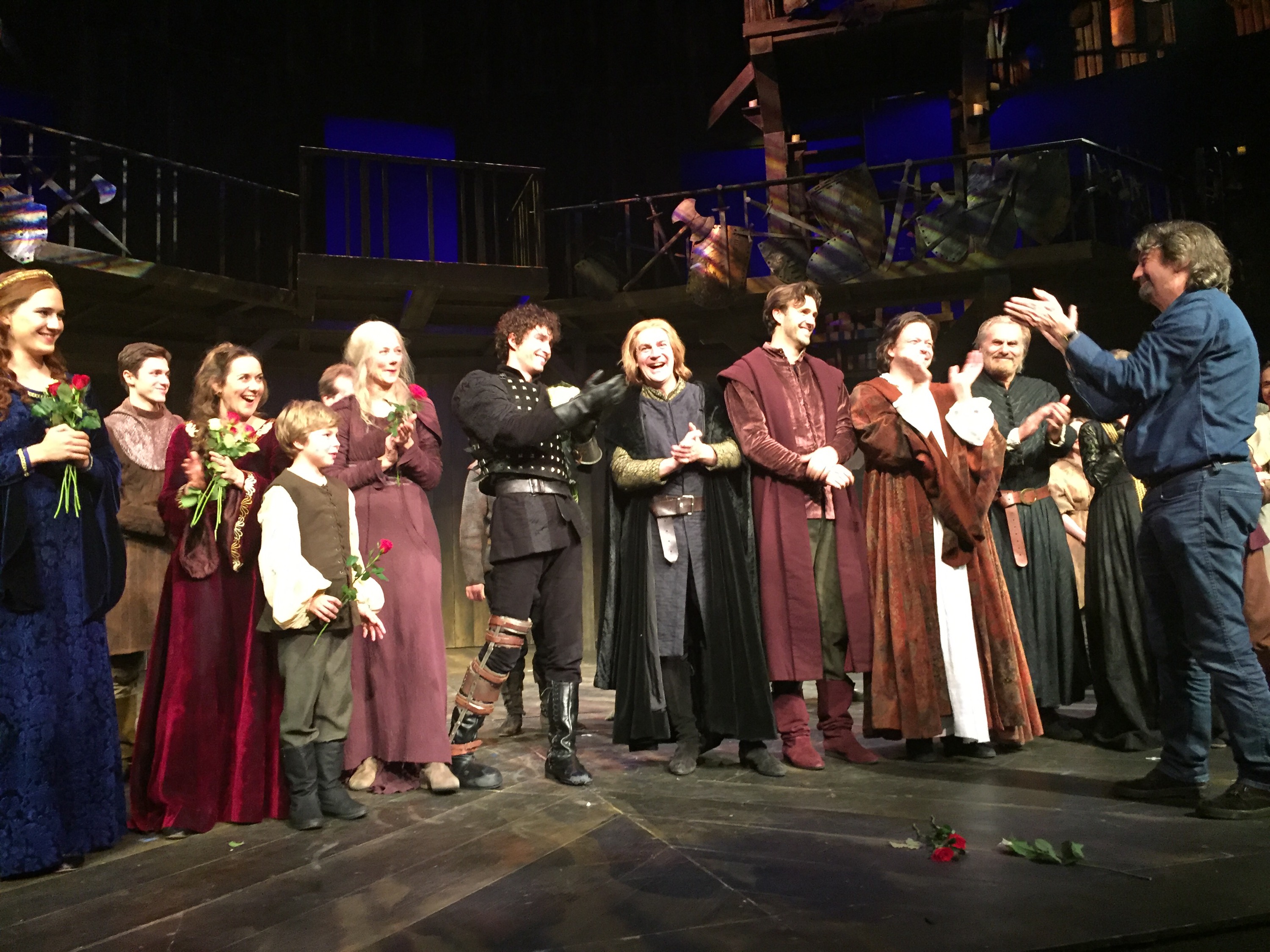 On Saturday, the Alex Waldmann News administrators were at the last marathon day of the Wars of the Roses and saw all three productions in one day.  It was such a lovely occasion and the director Trevor Nunn came on the stage after the last production, Richard III, and thanked the cast.  He said I have three words, “Peter Hall and John Barton”.  Audience members threw roses on stage and Richard Sheehan was given a bunch of white Roses.

Alex was absolutely sensational in all the productions.  However, it was in the first two productions  that he excelled in, and Saturday was no exception.  We saw him grow from a small boy who had  to be led by Humphrey the Lord Protector to seeing his furry at Suffolk for the murder of Humphrey in Henry VI.  In Edward VI, we saw Alex’s Henry become more alarmed at the civil wars, and more content with being a recluse and reading his holy books.  His death was very moving and in the last throes of life, he managed to forgive, his murderer,  Richard, at the end.

In the curtain call of Edward VI, Alex was presented with a bunch of red roses and Joely Richardson (playing Margaret) with a mixed bunch of roses.

The reviews are on our review page and Alex is praised across the board.

We can’t wait to see him on stage again.