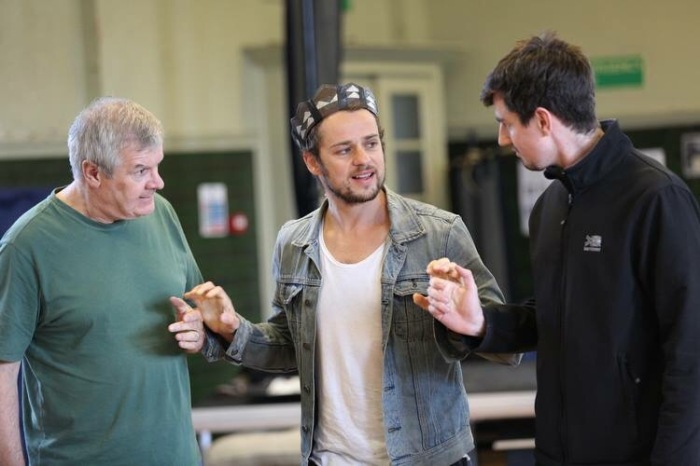 Last night’ s performance of Edward IV was a pretty special first-night preview because notices on auditorium doors proclaimed that the show would be the first run through. For a first run through the performances was excellent. We got a sense of the dark foreboding presence of Richard III (Robert Sheehan) and saw how Edward IV (Kare Conradi) came to the throne.

Alex was sensational and captured the conflicted Henry perfectly. Alex portrayed Henry as a monarch that clearly was conflicted with the very idea of conflict.

The first preview night was just under three hours. 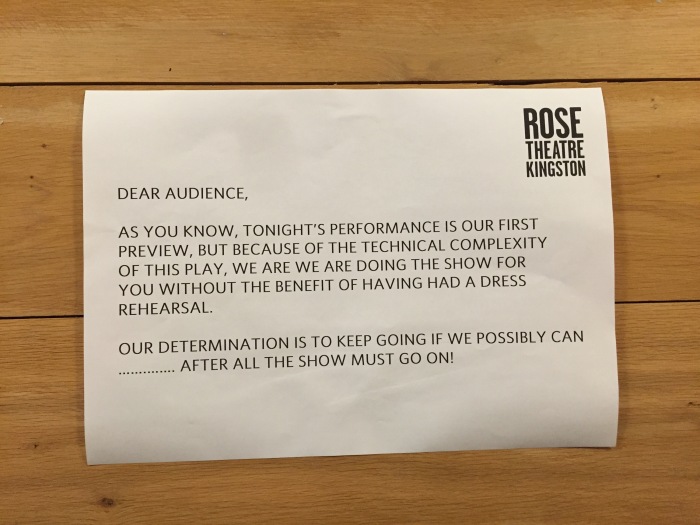 When the vans turned up to film.
Cocktails anyone? (c) RSC
Badges
They even sell Brutus T shirts in the RSC shop!
Another #teamBrutus poster.
Spot photos of Brutus in shops around Stratford-upon-Avon. Have you seen this one?